Sarajevo was my second stop in Bosnia & Herzegovina. After six nights in Mostar, it was time to move on and explore the capital of this country.

To get from Mostar to Sarajevo you have a couple of options. You can get a bus, a train, or apparently you can ask your host to book you a door to door service with a shared car. Since my first option of taking the train wasn’t possible, because the train was out of service, I decided to accept this offer from my host in Mostar. I mean, it was ten euros, they would pick me up at my hostel in Mostar, drop me off at the door of my hostel in Sarajevo, I didn’t have to carry my luggage around and there was no chance I could get lost. Sounded a pretty good deal to me.

I woke up early, had my bosnian coffee, worked on the blog for a while and packed my things. My driver arrived, my hosts gave him the address on where to drop me, I said an almost tearful goodbye to the two ladies who had taken care of me in Mostar. I truly felt welcome and I didn’t want to leave. But I couldn’t stay in Mostar forever, so lets do this. Off to Sarajevo we go!

My drive from Mostar to Sarajevo turned out to be a funny memory I will forever keep. In this normal size car, there was the driver, a lady at the front, and in the back there was me, two ladies and a dog. Nobody spoke English. They were all Bosnians and I was the only foreigner there.

During the drive, every once in a while I wanted to laugh. I had just trusted my host at my hostel to book this transport for me, and I was in a car with a man, three ladies and a dog, driving in Bosnia & Herzegovina. All this sounded so surreal to me. I still couldn’t believe I was here. Plus, I this drive got me thinking of how much my attitude has changed during my solo travels.

During my first solo trip, I was scared of everything and everyone. I was constantly watching my back, I would get scared easily. Fast forward two years, around fifteen countries later, and I’m here, in this care, not caring about anything, just enjoying the view across the bosnian mountains in a cramped car full of adorable people who I can’t understand a word they are saying. Like I said, one of the best memories I have from my travels. Such a small thing, such a big meaning.

My hostel in Sarajevo had a totally different vibe than the one I stayed in Mostar. This one was more of a small hotel with affordable dorms. There was nobody in sight – I guess people don’t really travel to Bosnia & Herzegovina in October. I stayed at Hostel Massimo, in a six bed dorm that I had all to myself for the three nights of my stay. Perks of traveling off season and to places other people don’t bother to visit. Can you beat paying 10€ in Europe and get an entire room for yourself? I can’t!

Sarajevo is known as being the city of cultures, and you can defnately see that same feeling around. This city intrigued me in such a good way. I was walking the streets among totally different people. You could see a mix of all religious, all cultures, all backgrounds, and it seemed normal. As people all over the world are fighting each other because of these differences, in Sarajevo it looks like they embrace it. And, considering their history, that’s a lot to say about this country! It’s just one of those things that make you smile. How amazing can it be to see a woman in a full burqa next to another one in a mini skirt, hanging out, friends. This is how it should be everywhere, but unfortunately it isn’t. We witness hatred every day, but in Sarajevo I witnessed understanding, acceptance and genuanely good people who walk around with a smile on their faces even after everything they’ve been through.

Bosnia & Herzegovina is a country I fell in love with pretty quickly. It was the first country I visited that was not the typical place tourists or backpackers would choose to go to and after spending ten days in this beautiful country I cannot understand why it doesn’t get more visitors.

This country is beautiful in every way possible and it’s a dream for everyone who visits. The capital Sarajevo is full of history and the fact is called ‘meeting of cultures’ is no accident as it really felt that way for the three days I explored the city. Bosnian people are by far the kindest people I’ve met in my travels. These poeple have survived a horrible war that dsetroyed pretty much everything they had but they bounced back and are now very positive people with the kindest of hearts and ready to help you whenever needed.

Mostar and Sarajevo are very different places to visit. Mostar gets some tourism since it’s closer to Croatia and some travelers visit Mostar as a day trip from Split or Dubrovnik. It’s a beautiful place to walk around and you can have both sides as you can explore the old town full of cafes, restaraunts and life, and you can also venture to a different part of the city where you can remember the war that happened just a bit less than thirty years ago. This part of the city still wasn’t fully rebuilt so you have many buildings with signs of the war with the bullet holes and some of them falling to pieces. I know it might not be something that people want to emerge in, but for me it allowed me to understand the war better and to appreciate Bosnian people even more.

Sarajevo on the other hand, is a totally different game. The capital of Bosnia & Herzegovina doesn’t really get many tourists as visiting on a day trip from another country is very much impossible. So the only visitors they get are the view that, like me, are travelling the country. In Sarajevo you can dig deep into the culture of Bosnia & Herzegovina. Walk around, taste all the fantastic Bosnian coffee, eat in restaurants for less than 5€ or just sit on a little terrace drinking tea at the Pigeon Square and watch the locals crossing the square with a thousand pigeons – if you can handle pigeons flying all over the place and take the risk of getting hit by a pigeon little surprise.

Chosing a favorite country is always difficult for me but I can say with all my heart that Bosnia & Herzegovina is on top of my list. It’s the country my mind keeps on going back to, it was the most memorable for sure, and it was a country that had been on my bucket list for two years and I still can’t believe I made it there. If you ever have the opporunity to visit Bosnia & Herzegovina, I promise you won’t be disappointed.

Even though I spent ten days in Bosnia & Herzegovina I really want to go back and explore the country in depth. I only visited the two main places, Mostar and Sarajevo, and I missed out on incredible places like Blagaj and Kravica Falls. It might take a while to return but time flies and soon enough I’ll be back in Bosnia & Herzegovina drinking all the bosnia coffee and exploring a country I fell in love with. 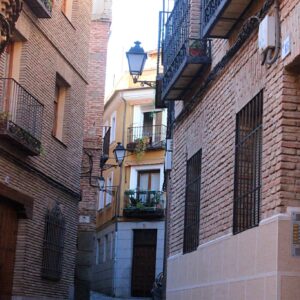