You are here: Home / Europe / Returning to Ljubljana | Slovenia

In October 2016 I returned to Ljubljana during a month trip in Europe. I had been to Slovenia the year before, but I decided to return to finally visit Lake Bled, a beautiful lake located just an hour away from the capital of Slovenia.

After two days in Lake Bled, soaking in all the beauty of the place and getting out of my comfort zone by hiking one the trails around the lake, I was ready for my return to Ljubljana. Slovenia is one of my favorite places and I being back in this part of the world made me really happy.

The first hostel I stayed in Ljubljana this time turned into one of my favorite hostels I ever. Hostel Tresor was a different hostel than the ones I had stayed in the past. It had a vibe closer to a hotel with dorms and I immediately felt comfortable and safe. Hostel Tresor is located in one of the main streets of Ljubljana and I was only a few minutes walk from every single attraction in the city. It was amazing!

I stayed in a female dorm, which I’ve grown to love and now every time I travel I always go for female dorms. Not that I don’t feel safe by sharing the room with boys, I did it for months and never had a problem. The thing is being a dorm just for girls gives me more privacy and I feel more comfortable. These dorms also tend to be quiet instead of the mix dorms, where normally you’ll have all kinds of travelers and you always catch the ones that like to go out at night and then wake you up in the middle of the night. Plus, I get to avoid the snoring that I cannot stand. I love hostels but the only thing that really bothered me was not being able to sleep because of people snoring. In female dorms this usually doesn’t happen. Sure, there might be a girl every once in a while who will snore, but it’s like 1% of the time.

My first three days back in Ljubljana weren’t really full with adventure time or exploring. Ljubljana is a small city and I saw almost all of is when I visited the year before, so I took some time off from exploring and spent a lot of my time in the hostel. There was a cafe at the reception area where I stayed most of my time working on the blog and taking some time to rest as I drank way too many cappuccinos.

After two days staying at Hostel Tresor it was time to move to the other hostel I had partnered with. Let me start by saying this hostel change was a total mistake and I should have stayed where I was. Because of the good vibes of Hostel Tresor I was feeling in a really good place. I had restored my energies and I was happy and excited for the rest of the trip. This next hostel I stayed at came to change things for the worse.

THE WEIRD HOSTEL EXPERIENCE | BEING SCARED & SLEEPING ON A SOFA

As I was walking to my new hostel I already knew this was not going to be the same experience and I was already thinking ‘what the hell have I done’. The hostel was a bit too far from the center and I was disappointed.

When I arrived at the other hostel I couldn’t figure out how to get in. I saw there was a bar next door with the same name, so I decided to go inside to ask for help. The girl behind the bar turned out to be my receptionist. I gave her my name and waited. She seemed confused and then told me there was no reservation in my name. Oh boy, here we go! I had to explain that I had talked to the manager of the hostel and this turned into a very long conversation. The bartender/receptionist was still confused.

Eventually, this girl called the manager and finally figured out it was a mistake and she took me to the hostel. When I though the mess was over and I was going to rest she gave me the second piece of information: the hostel was going to be closed the next day. Well, where am I sleeping then? I was being hosted for two nights in a hostel that so far had lost my reservation and didn’t even know I was coming and now I had no place to sleep the next day. This was off to a great start! The receptionist told me not to worry, that the manager had figured out a solution: I would stay there for the night and the next day they would put me in another hostel and they would pay for it. Wait, what? How can I build an opinion of a hostel and share it with people if all of this is happening and I will be staying at another hostel?

I was feeling tired and I just wanted to go to my room. I would figure out tomorrow later because now my head couldn’t really think. The receptionist took me to my room and told me I would have the room all to myself which I was really happy about. The room felt old and as I sat on my bed I started thinking too much and I had the strange feeling of not being safe. The door of the room didn’t even have a lock, it was just a handle, so anyone from the outside could just come inside in the middle of the night.

I wrote another post where I tell what happened at this hostel and how I ended up sleeping on the sofa. It was a crazy night where fear kicked in and I couldn’t shake off the bad thoughts in my mind and I ended up making the decision to get out of my room in a way to try to feel safer. Everything turned out to be in my head and nothing happened but this was the only time I was actually scared to sleep in my room at a hostel. I can’t describe to you the manager’s face when she entered the hostel in the morning and found me sleeping on the sofa. She was so confused and I couldn’t really explain what had happened.

On my last day in Ljubljana I had one last chance to go out and explore before I moved on to my next destination. I woke up to a rainy day and trust me I really didn’t want to go out and spend the day exploring under the rain, but I had to! I had to push myself out of bed and get out of that crazy hostel.

Despite the rain I had an amazing day. I returned to the city center and walked around the pretty streets and I saw once again the main attractions of the city like the three bridges or the dragons bridge. Unfortunately, due to the bad weather, I didn’t walk up the hill to the castle. It had been one of my favorite things to do the year before, but I was not going to risk being stuck on top of a hill with bad weather. I ended my day of exploring with a typical slovenian meal at a restaurant close to the river. I normally try not to eat at restaurants when traveling because it tends to ruin my budget, but I needed a good meal. So, I splurged around 12€ and I had an entire meal with soup, main dish, dessert and drink. Worth it!

At the end of the day I returned to my hostel. The manager had decided I was not going to another hostel after all. Instead, I was staying there but the hostel would be closed for everybody else. I was going to have to spend the night alone in a big old house that I already didn’t feel safe in. Until the sun went down I stayed in my room as constructors were all over the hostel fixing things. There was dust everywhere and it was super noisy until they finally stopped and left. At this point I don’t know what was worse. To be alone in a hostel with construction workers everywhere, or being totally alone in that big old house. I vote the second one was worse. This was one of the worst nights I ever had abroad. I barely slept. I kept hearing noises and I basically closed the door of my room and never went outside, not even when I wanted to go to the toilet. I felt like I was in some horror movie and I just wanted to see the sunrise and get out of there.

When the sun showed up I jumped out of my bed, packed my things and left really early. I said goodbye to that place that was going to give me nightmares for a while and I walked to the bus station where I caught my bus to Croatia.

Till this day I still feel sorry and bad about the entire situation. As you can imagine I was put in an awful position because my stay at this hostel was sponsored and I had to write a review about my stay. Usually hostels do this so they can get visibility between travelers and get more guests staying with them. It took me a long time to write the review, which I don’t have available to see here on the blog.

After struggling for weeks on what to write, I decided on a polite post where I didn’t say a single bad thing. This didn’t feel right for a long time, so after I brought the blog back to life, I decided that hostel review would no longer be available to any readers. I felt bad for the manager, who in the middle of the mess was actually a very kind and nice lady and then I felt bad for you, my readers, who come here to receive advise and I end up posting a review that doesn’t tell the whole story. For this reason the name of the hostel is not mentioned on this post or anywhere on blog. If you are thinking of traveling to Slovenia, you can always get in touch with me via email or social media. I’m an open book and I’m here to help you avoid mistakes like the ones I’ve made and to provide you with the information you need to have the best possible trip. 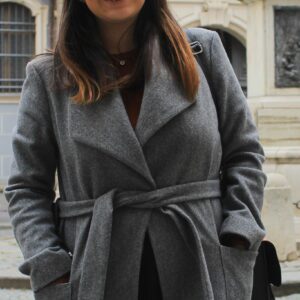