Let me start by saying that this photo above is literally the only one I have from an entire week spent in Andorra, so that should already dictate how much this trip didn’t go as I expected.

How I ended up going to Andorra

Back in 2010 (wow how has it been that long? crazy!), I was a few months from graduating high school and there was a senior trip planned for Andorra during Easter Holidays, Honestly, I was not interested at all, as my 18th birthday was right in the middle of this trip, and I wanted to spend it with my bestfriends in Portugal. So, I said no thank you.

The truth is I wasn’t close to any of my collagues from high school. At this time I was spending my days in rhythmic gymnastics trainings and my friends were the girls from my team. I never really had any common interests with the people I was in high school with, as they wanted to party and talk about boys, and I was focused in gymnastics, training and going to exhibitions and competitions, so no time for all of that nonsense.

Then, I had a sudden change of heart and decided – on the last day to apply – that I wanted to go to Andorra. I told myself my 18th birthday was just a date and I could celebrate after with my bestfriends, because I believed the senior trip was something I should be part of, as it marked the end of a part of my life and the start of a new one.

So, I called my mother, told her I wanted to join the trip to Andorra. Somehow she managed to get the money (thank you mum!), made the payment and I was officially going to Andorra with all of my colleagues.

My week spent in Pas de la Casa, Andorra, was not what I expected and it was full of ups and downs, or to say it better, a lot more downs than ups, than in the end made me regret my decision to join this trip.

I stayed in an appartment with four other girls from my class and spent my entire time with them. They who were known as the pop stars of the class, but still the ones I was somehow closest to in high school.

The trip turned weird from the beginning with some boy drama, fighting in front of the appartment, followed by one night out that we were all so drunk that my gym teacher found me drunk wandering the streets in the middle of the night all by myself – honestly, I can’t even remember this night -, and ended up taking me back to the appartment safe and sound.

But for me the worst thing that happened during this week, and made me regret joining the trip and waisting my 18th birthday with these people, was the day we all decided to go to ski. It was a really nice day as I was learning to skii for the very first time, as I had some weird love for snow, until things turned south.

By the end of the afternoon, we decided it was time to head back down before it turned dark. We found out a bit late that the lift to take us down was not working anymore and the only way down was to ski the mountain. Sounds pretty reasonable except we were all, except one, totally inexperienced at this skiing thing.

Even after a lot of complaining there was not other way to do this but to accept it and ski our way down. We get to the only track available, which was of course a black level one – the most difficult and not even advised for inexperienced skiiers. My face was pure fear and I believed I was about to die. At this exact moment we were already freaking out, a huge fog appeared, covering the entire path of the track and I literally could not see more than two meters in front of me. I knew I was screwed.

The experienced girl started heading down holding the other girls, but somehow I was forgotten in all this. Super scared and not knowing what to do, I sat on my ass and slowly made my way down and every once in a while, noticing how long it was taking me, I would try to ski only to fall on my ass right away. I was crying the entire time, totally alone in this mountain covered in fog, not being able to see where I was going if I was close or far away from the bottom, nothing! I ended up sitting on the snow crying because I had no idea what I was doing there, why these girls had left me behind, and I thought I would just end up spending the night in that mountain. I was eventually found by a worker from the tracks, who happened to pass by in a snow bike. He found me just sitting on the snow, crying like a baby. He asked me to hop on the back of the bike and drove me all the way down the hill.

I will be forever grateful to this unknown man for showing up because he saved my life. Who knows what would have happened if he didn’t show up at that moment. Maybe I would have beee ok and eventually make my way all the way down on my way, or maybe I would have gotten even more lost, fallen from a cliff with that thick fog, or spent the night in the mountain until somehow found me in the morning. I know, it sounds dramatic, but I’m writing this eleven years later and I still remember this day like it was yesterday because it was such a traumatizing experience for me.

So, was it all worth it?

Honestly, if I think about this trip today, eleven years later, I would say yes I regret going on this trip and not spending my 18th birthday with my friends in Portugal, but at the same time it taught me some valuable life lessons, so in a way I think I was meant to go to Andorra to realize what really matters in my life, who deserves my time and who clearly doesn’t.

So, Andorra and this senior trip weren’t exactly what I had in mind when I decided to join last minute. The idea that there’s no way I could miss this opportunity to make memories one last time with my colleagues sounds silly now and if I could go back in time I honestly wouldn’t go. I would have spent my 18th birthday surrounded by friends who loved me instead of being abandoned in a foggy mountain of Andorra. But well, its not like we can go back in time and change things, we can’t correct our mistakes and do things differently, so all I have left are the memories of this week and all the lessons I took the bad situations I had to face. Oh, and I had my very first visited country to add on the list. 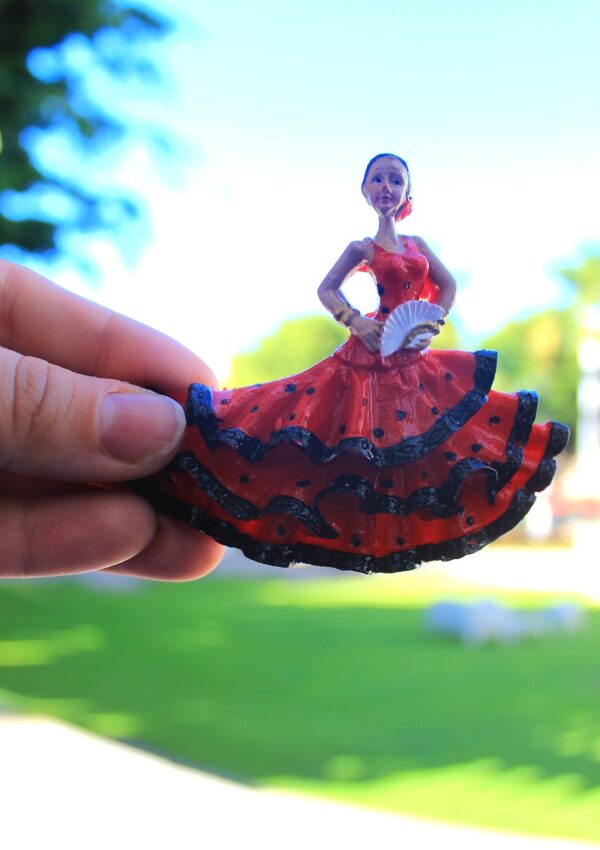 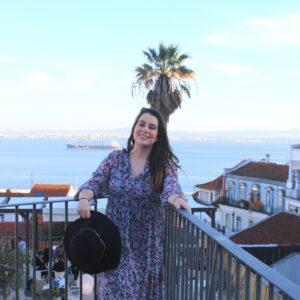 The 📍Miracle Garden in Dubai is the world’s l

Dream big and chase your dreams 🤍 people will a

If you are traveling in Dubai you MUST visit the M

Taking a day trip to visit the Sheikh Zayed Mosque

Traveling and exploring new places seems to have b

Visiting the Sheikh Zayed Mosque was the main reas